from Future Development by Del The Funky Homosapien 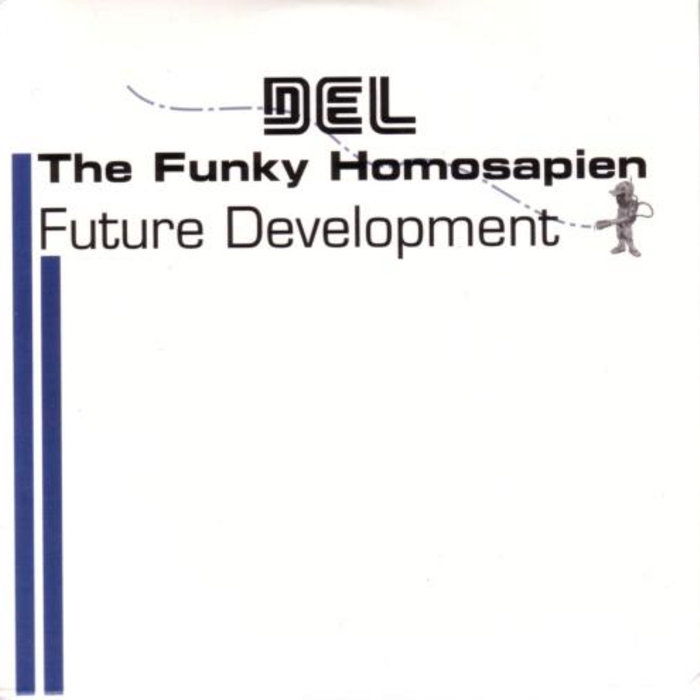 Let me tell you a little story about the slave master. / Use a whip on your ass so you behave faster. / You got chains on your neck, and demands respect. / You'll work all damn day, but you will never see a check / In the field. Cotton you yield. Your skin peels off your back / From the crack of the whip. It won't heal. / Ya wish you had a shield 'cause he wields iron, / So when you act up, he smokes ya and keeps firing. / And it's tiring. / Forget about recreation. / One wrong move and it's death you're facing. / White mothetfuckers got the ball and chain / On your leg, and in the form of religion on your brain. / They say, "You the devil." / You say, "Who the devil?!?!" / Some of us was house niggers, some of us was rebels. / Some tried to get along the best they could. / And didn't nobody use the phrase, "It's all good!" / Would you? / They got you living like a shrew. / They throw you pig lips and chicken gizzards. Then you make a stew. / They give us a white Jesus to appease us. / We talk among ourselves and hope that nobody sees us. / They had our brothers beating us. Called us createns plus monkeys. / They just junkies mistreating us. / The master said, "If you don't whip 'em, you're dead!" / It was fucking with his head, but he beat us instead. / And we bled. / Red blood flowing like a flood. / Then he'd rape your mother, stick her face in the mud. / They were ruthless! / If you tried to front, you'd be toothless. / Some tried to run even though it seemed useless. / Virginity was torn. Soon babies was born that was half white. / And now his skin is kind of light. / You think you're special, because they let you / Oversee the carnage? But I bet you / Will get hung, even if you stick out your tounge. / 'Cause they pull out the shank and stick it right through you're lung. / Now it's 96 and white people say, "Forget it, it's all in the past." And some even regret it. / 'Cause they think we'll set it. / Now my missions to get federal / So I can raise a black family without you devils / And you know how that goes.

This is for you kids trying to get signed. / Just a little something you should keep in mind / The labels are slave masters. Artists is slaves. / Don't get too raunchy. They want you to behave.
You get signed. You're thinking, "This is great!" / But wait You never knew what was at stake. / Creative control they withold. / You sell your soul when you sign on the dotted line hoping to go gold. / But you'll never see that, not without promotion. / The label'll just throw your shit out, and got it floatin'. / You think your shit is potent, but ain't nobody buying it. / If they ain't never heard of it, ain't nobody trying it. / If they ain't never heard of it your record they murder it. / You can complain. But they are not concerned a bit. / 'Cause when they signed you, they thought you'd make a hit / 'cause of who you were affiliated with, and all that bullshit. / Frustrations. All these rules and regulations / Just so you can have your shit heard by the nation. / And be patient. / 'Cause by the time they find a lead release, your shit is ancient. / You think they're working your album? You're mistaken. / And if you flop, you get dropped. / 'Cause you ain't the star. You didn't go pop. / Just straight up hip-hop. Time to get a mop. / 'Cause without no promotion, of course sales drop. / Peep the break down If tapes cost ($)10, / You'll probaably only get to see a dollar in the end, / That you cannot spend / Cause your budget gets recouped. / So you never get cash unless your record is "Shoop." / You better hope you get shows, which will not happen / If you don't have a record that's the main attraction. / Even if you sell a million, you get burned / Cause they keep half your cash just in case of returns. / For a while, you wonder why rappers don't smile. / 'cause to them, you're not an artist. You're just another file. / Another nigger used to make another buck. / They don't give a fuck. And if your shit don't blow up, tough. / But the star gets both promotion and devotion / From the whole fucking staff, at you, they laugh. / The star probably don't know that he the house nigger. / Thinking he bigger cause he's the, pick of the litter. / These labels think backwards. They push the acts that need it the least
So they can get all the money they can when it's released. / They take you to a restarant for a feast, / And then expect you to pick up the check? / That's why I give props to niggaz who is independent: / 'Cause they make they own money, plus decide how to spend it. / Splendid / And lets end it. / And don't get offended.

Bandcamp Daily  your guide to the world of Bandcamp

Benji B talks about his new compilation ‘Deviation Classics’